CLOAK ENCOUNTERS OF THE THIRD EYE

by THE CLOAKS, AWOL ONE & GEL ROC 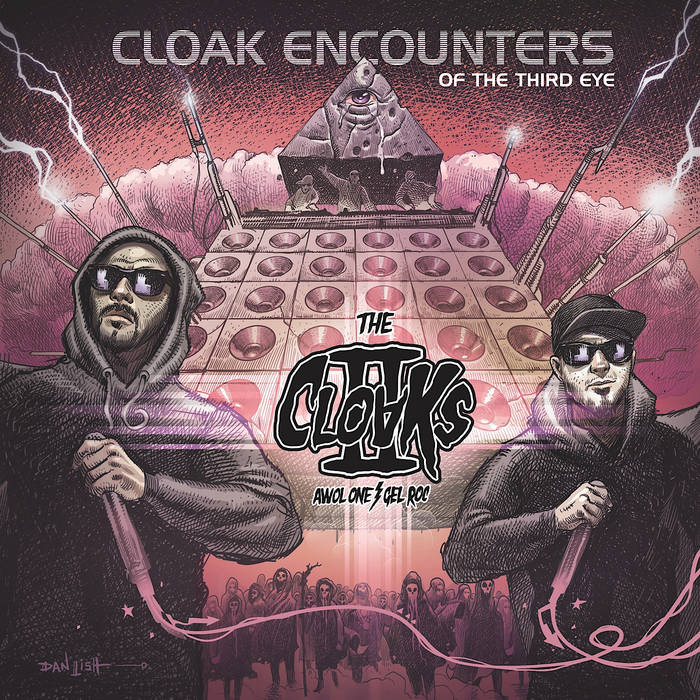 The Cloaks are Awol One and Gel Roc based out of Los Angeles Ca. Both members are from the world-renown Project Blowed crew, and also well respected within the graffiti culture. The Cloaks are produced by Awkward DJ/Producer from Bristol Uk, with cuts by long-time collaborator DStyles (ISP / Beat Junkies) and Sir Beans from Bristol Uk. Together they create some hard-hitting underground anthems for the masses.

The highly anticipated follow up to “The Cloaks” first self-titled album, “Cloak Encounters of The Third Eye”, provides a unique soundscape with two of LA’s most original voices accompanied by some of the best turntablism (D-Styles/Beat Junkies/ISP & Sir Beans) on the planet. Not to mention, a slew of Hip Hop Legends, Volume 10, Sage Francis, Kool Keith, the Shape Shifters and more.

Watch ‘One Hand’ the Cloaks first single from the LP, “Cloak Encounters of the Third Eye”

Watch ‘Win Some’ the Cloaks 2nd single from the LP, “Cloak Encounters of the Third Eye”

Now streaming on all digital platforms via @alphapuprecords

Video directed by @bsquidvicious for Keep The Feel Entertainment

Abolano Records is a label with a history of formidable & exclusive releases. Our intent is to cultivate a sustainable model to distribute official (audio/visual/clothing) releases that identify with our brand.