Get fresh music recommendations delivered to your inbox every Friday.
We've updated our Terms of Use. You can review the changes here.

HIP HOP AGAINST THE WORLD 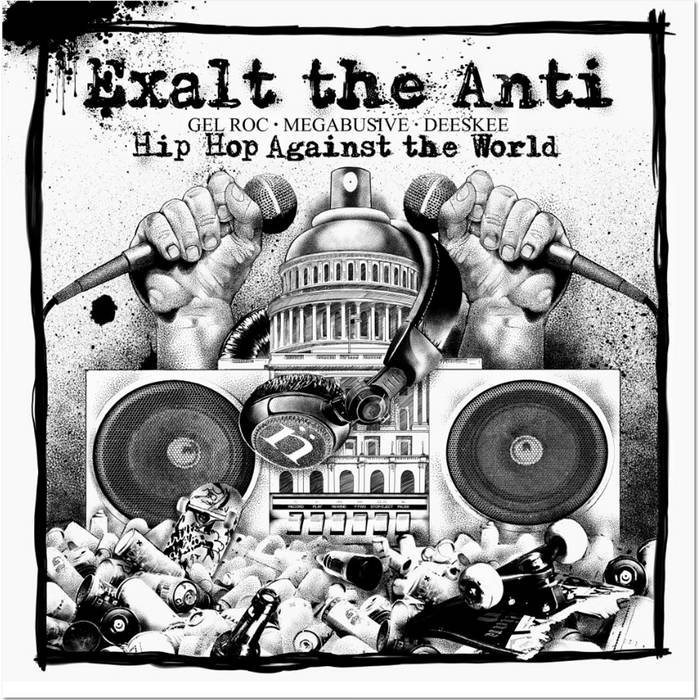 addicted-2-booombap hey gel roc and abalano records , I ordered 3 cds from u , gel rocs mass elements , the cloaks first album and this album exalt the anti -hip hop against the world , I received the gel roc. album and the cloaks album , but did not receive this exalt the anti album, instead I got " E times 2" common thread . this is a decent album but I would really like the exalt the anti album please get back to me , email is gliddenmegann@gmail.com.if u ran out of copies u should take it off ur bandcamp .

giovanni lopez Wish it was downloadable after purchase . ?

Storm Gaza A great album, but I really cannot say more than that. The three of them to have great chemistry but you're going to have to purchase it to hear what I mean.

nocheuno Cuz they are the truth, real people that are working to spread their love for the culture. Not playing the okeydokey for some meaninless clicks. It is the unending story of real hip hop versus commercial bullshit. Make mine HipHop

Exalt the Anti is Gel Roc, Megabusive, and Deeskee. The project, titled 'Hip-Hop Against the World' was produced by Megabusive under the executive direction of Gel Roc, with Deeskee on the cut, mix, and master.

Lyrics by Gel Roc and Megabusive
Production by Megabusive
Executive production by Gel Roc
Scratches, mixing and mastering by Deeskee
Guest appearances: "All We Got" features Sach of The Nonce
"Going Coastal" features Uncommon Nasa

Abolano Records is a label with a history of formidable & exclusive releases. Our intent is to cultivate a sustainable model to distribute official (audio/visual/clothing) releases that identify with our brand.